As a child, Sarah kept herself amused by drawing & painting. She frequently visited her father's native Hungary where the larger than life people she encountered became an early influence for the characters she painted. After school she went on to study at Cleveland College of Art, leaving with an HND (Distinction). In 1991 she set up her own business making paper Mache figures, but it was painting to which returned, her works being published as limited editions, greetings cards & jigsaws.

Her aim is most definitely not to ridicule but promote the idea of a society that likes itself and where her people, the ladies especially are confident positive characters, comfortable with their bodies. Sarah is very serious about her work, but most of all she wants to make people smile. 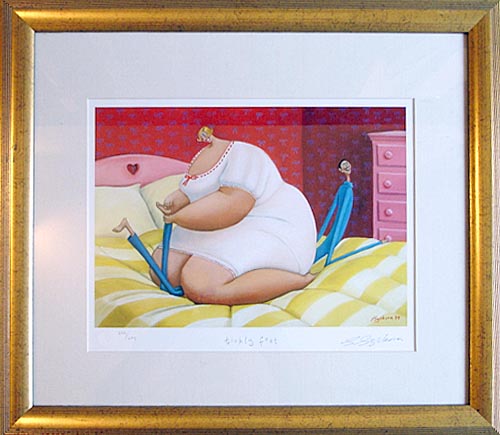