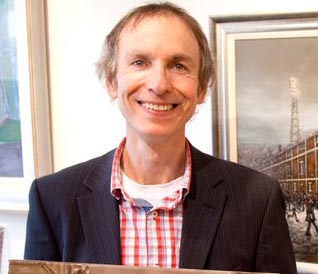 
Phil was born in 1960 in Wallsend, North Tyneside. He lived 5 minutes walk from the shipyards of Wallsend through his childhood. He first sketched the Swan Hunters cranes while in his first year at College.

After leaving school at 16, he was unsure of a career choice and spent some 3 years working on building sites. He started Art Evening classes where he was taught and inspired by his tutor Maurice Mcpartlan at North Tyneside College, who introduced him to the work of many artists including Stanley Spencer, Norman Cornish and Eric Ravillious.who remain as influences. His tutor encouraged him to pursue his talent and study art full time which he continued at Newcastle College of Art in the 80's where Jeffrey Johnson's influence left a lasting impression

During these years he also played regularly in local bands, and his keen interest in diverse music continues to this day. After completing an Art Foundation and then HND in graphic design and illustration he worked as a graphic designer for over 20 years before becoming a painter full time a few years ago.

He says: 'My current paintings draw inspiration from the Industrial landscape, memories of my childhood, and being slightly at odds with the 21st Century.'

Phil's work is in private collections as far away as Australia. 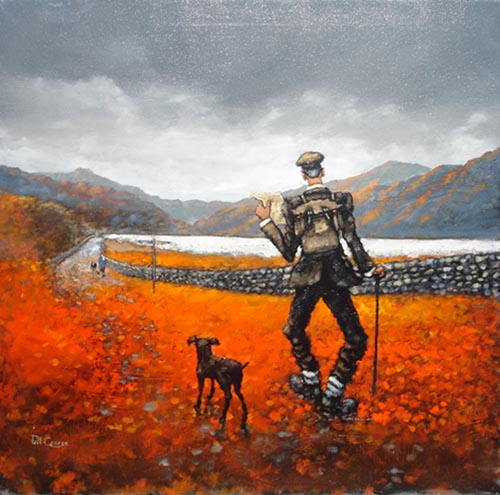