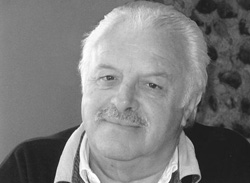 Jeremy Barlow studied illustration at Northampton School of Art before working in art studios in London and the Midlands. His love of travel and ability to capture onto canvas his visions of foreign, yet familiar scenes was indulged when in the early 1970s he went to live in Dsseldorf, West Germany as a full-time artist. Here he concentrated on painting landscapes and townscapes of Holland, Belgium, Germany, France and Italy. In 1983 he returned to the UK and now lives in a small village in Norfolk, yet travels extensively. From sun-dappled avenues to busy boulevard cafs, weathered and intriguing shop fronts to quiet provincial villages, Barlow delights and excels in painting wonderfully atmospheric and evocative scenes. He creates an impressive interaction of light and dark and strong contrast of deep, rich shadows with pools of bright sunlight, so familiar in southern European countries, is used to great effect. Barlow has exhibited widely; at the Royal Academy, the Royal Institute of Oil Painters, the Royal Institute of Painters in Watercolour, the Royal Society of British Marine Artists, and numerous major galleries in London and the provinces. He is an elected member of the Royal Institute of Oil Painters (ROI) and became a council member in 1995. His work is represented in public, private and corporate collections worldwide. 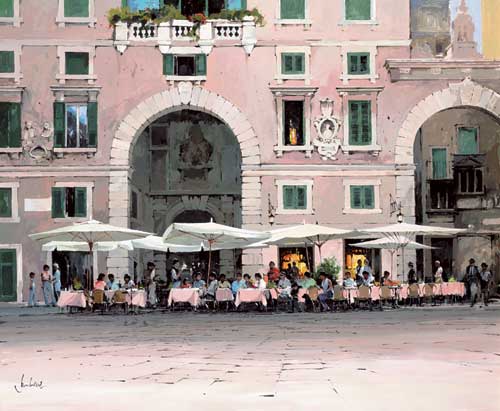